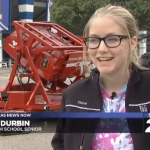 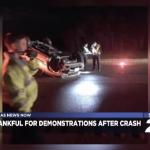 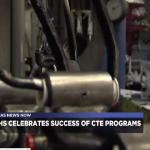 “She was speeding, of course, because she was already late, and she switched lanes but didn’t check her blind spot,” Temple High School senior Chloe Durbin said.

Chloe Durbin was the passenger as her friend sped down I-35, clipping a car, last December in an effort to make curfew.

“The car behind us hit the back of her Jeep and then the front of her jeep hit the concrete median… and we flipped a few times, and we started spinning, and finally we landed and it was upside down,” Durbin added.

Durbin admitted to not wearing a seat belt earlier in the evening but said for some reason she felt like she should for the drive home.

“If I hadn’t, I definitely would’ve flown through the windshield, and I would’ve been dead right now… which is pretty scary to think about. But, I’m lucky to be alive,” Durbin said.

According to State Farm, car accidents are the number one killer of teens. But, thanks to programs like the one by Temple Fire and Rescue that highlight the importance of safe driving those numbers have dropped.

“We see these, sadly, first hand when we respond to these calls. So, if we can present information to the students to help keep them safe, then that’s what we would much rather do,” Thomas Pechal with Temple Fire and Rescue said.

Temple Fire and Rescue demonstrated a rollover car accident with and without the use of seat belts as well as gave students the opportunity to try pedal carts and other games while wearing drunk goggles. 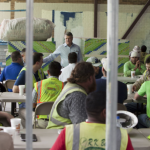 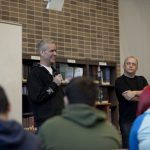 TDT: ‘Warcraft’ developers talk of worlds to conquerIn the News